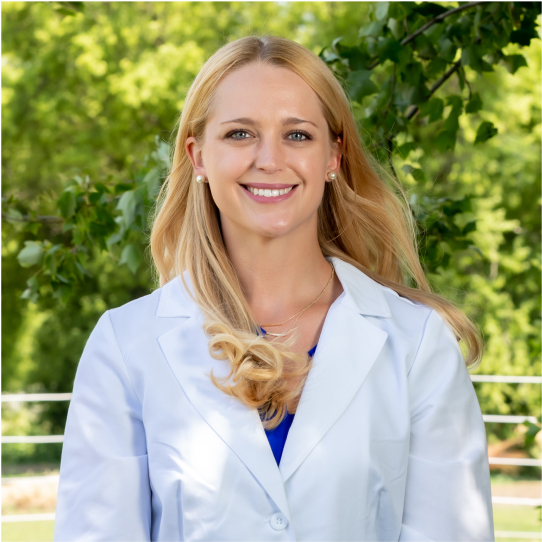 Many horses suffer from osteoarthritis (OA), a common degenerative disease that affects whole joints that are often under great load-bearing stress. Current treatments for this disease focus on management of symptoms as there are not currently any disease-modifying treatments that prevent further degeneration or target underlying causes. In the exploration of the endocannabinoid system, scientist have found the presence of both CB1 and CB2 cannabinoid receptors in cartilage, bone, and joint tissue, which has led them to investigate the possibility of using cannabinoids as a treatment for OA. While cannabidiol (CBD) has been shown to be an effective anti-inflammatory treatment, the lesser-known cannabinoid, cannabigerol (CBG), has shown great promise as a disease-modifying treatment for OA. CBG demonstrated the capacity to not only halt joint degeneration but also to promote the rebuilding of the damaged cartilage matrix.
Osteoarthritis (OA) is a common degenerative musculoskeletal disease characterized by joint pain, tenderness, and stiffness that progressively limits movement.1,2 A main feature of the disease is the loss of articular cartilage (cartilage at the point where two bones meet to form joints) and the degradation of the cartilage matrix itself.2 While OA is not technically classified as an inflammatory condition, synovial inflammation is a feature of the disease.3

Current treatments for OA primarily focus on pain management with non-steroidal antiinflammatory drugs (NSAIDs) or steroids with the end point treatment being surgical joint replacement.1-3 Treatments do not target the underlying cause of disease but instead manage symptoms, and they often cause negative side effects. While some potential disease-modifying drugs or treatments that prevent cartilage degeneration are in developmental stages, none are currently available.1,2

In the search for possible targets for disease-modifying treatments for OA, scientists have begun to probe the endocannabinoid system (ECS). Research has shown the presence of both CB1 and CB2 cannabinoid receptors in chondrocytes OA cartilage, synovial tissue, and subchondral bone (bone underneath joint cartilage).2 Knowing these receptors are present in key tissues involved in the disease has led to investigations of the potential effectiveness of endocannabinoids and phytocannabinoids not only in the treatment of the symptoms of OA but also in the restoration and reversal of damage caused to tissues implicated in OA. Here we focus on a lesser-known phytocannabinoid, cannabigerol (CBG), and its therapeutic potential.

Research on CBG, a non-psychoactive cannabinoid, is far more sparse than that of cannabidiol (CBD) and tetrahydrocannabinol (THC). CBG is a precursor molecule for many cannabinoids, including CBD and THC.4 It is more of an intermediate compound than a final product synthesized by cannabis plants. Most CBG in cannabis is converted to other cannabinoids by enzymes in the plant prior to any harvest, processing, or consumption. Its reactivity and susceptibility to conversion makes it more difficult to capture and thus research, but nevertheless it is an attractive research target. Just because CBG is a precursor to other cannabinoids does not mean that it is automatically converted to those other compounds when ingested by humans or animals. While cannabis plants possess the necessary enzymes to convert CBG to those other cannabinoids, humans and animals do not. 4

In a study conducted by Reyad Elbarbary and Fadia Kamal at Penn State College of Medicine, mouse models were used to investigate the effects of both CBD and CBG on joints affected by OA. It primarily focused on the effects of CBD and CBG on pain, gait, locomotor activity, and joint remodeling. It is important to note that the cannabinoids used in this study came from cannabis extracts that were commercially obtained and contained some terpenes as well as low levels of additional cannabinoids. The CBG oil used in the study contained equal parts CBD and CBG, while the CBD oil used contained primarily CBD, meaning CBG was not studied independently, likely due to its lack of commercial availability.

This study found that treatment with either the CBD or CBG oil significantly reduced the thickness of the synovial membrane, which indicates possible anti-inflammatory effects.1 of Researchers also found that cartilage degeneration was significantly alleviated with the CBG oil treatment but not with the CBD oil treatment.1 This shows CBG as having the potential to stop further joint damage in OA patients. Another important outcome was the discovery that the total number of chondrocytes – the cells that are responsible for building and maintaining the cartilage matrix – was preserved in the mice that were treated with the CBG oil, which supports other findings that CBG demonstrates chondroprotective and potentially chondroregenerative effects.1,4 When examining its effects on ECS receptors, CBG acted as an agonist of the CB2 receptor, which is responsible for preventing the secretion of enzymes that degrade cartilage and also for promoting the production of aggrecan (a major cartilage matrix component).1

Because this study was conducted with extracts as opposed to pure cannabinoids, we must consider the possibility of an entourage effect when examining the therapeutic potential of these cannabinoids. An entourage effect refers to the different cannabinoids and terpenes acting together to produce effects as opposed to just one single compound causing a given effect.4 Nevertheless, this study as well as other research shows the immense potential that phytocannabinoids, specifically CBG, have in the treatment of not only the symptoms of OA but also in the underlying causes of the disease as well.

While more research on the therapeutic potential of cannabinoids, specifically CBG, in the treatment of OA is necessary, foundational studies have provided a framework for Wilkens – 3 future studies and have indicated great promise for CBG. Its possible capacity for painreducing, anti-inflammatory, and disease-modifying effects in the treatment of this common and debilitating disease make it an extremely attractive possible treatment.

References:
0
0
Your Cart
Your cart is emptyReturn to Shop
Continue Shopping