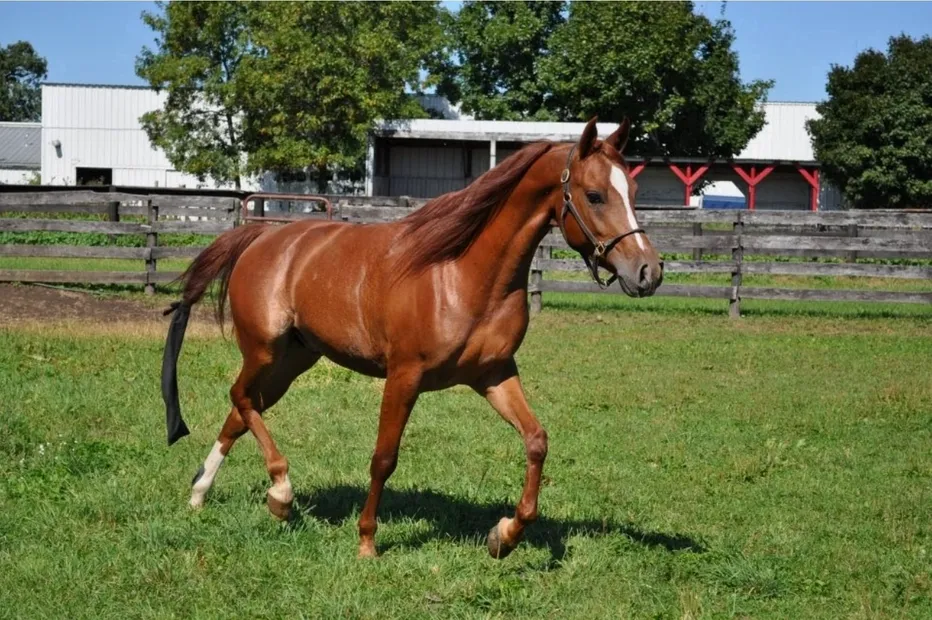 So, I know that it has not been 15 days but I wanted to tell you about some results. Let me give you a little background on Rambo. He is an Arabian, and at 5 years old he was the most hyper crazy horse in the WORLD. We never went anywhere without dancing. He did not know how to walk. LOL, SO light on his feet, and needed to be worked daily or he would climb the walls even on turn out. He LOVED dressage and would excel in the show ring. He took first out of a class of 39, but we started to see him slow. He started tripping a lot. If I had a newer rider on him they would struggle to do some of the moves. That is when we had him checked and found out he has EPM. His case was so bad the Vet recommended putting him to sleep. He was not even a candidate for the meds due to the brain damage they felt he had. I couldn’t write him off being that he was only 7yrs old. So I did the meds, put him on stall rest for 1 year. He was on the meds for 1 year, we cured the EPM, but the damage was done. You could tell, he was never hyper again, we retired him from the show ring. I figured he would be a pasture pet, with light riding.

After 3 days of being on the CBD Rambo ran in for his breakfast. Ok, so maybe it’s just me looking for results, so I tried not to read into it. Then Addie wanted to go for a nice easy trail ride with a friend. Rambo is the choice (my MELLOW FELLOW). Well…..she met the real Rambo. He refused to walk the entire ride. He wanted to go…go…go. So much so she had to come back and get me. So, I took him for a ride the next day, to see for myself. IT WAS OLD RAMBO. OH MY WORD I have not seen this horse in 7 years! He wants to go, to work, to move. His eyes have come alive. He still stumbles, but has the mind to want to try. I am sorry this is so long, but I was so excited after my ride this weekend. SO, so far it has lifted his spirits, hopefully it keeps working. I’ll keep you posted!